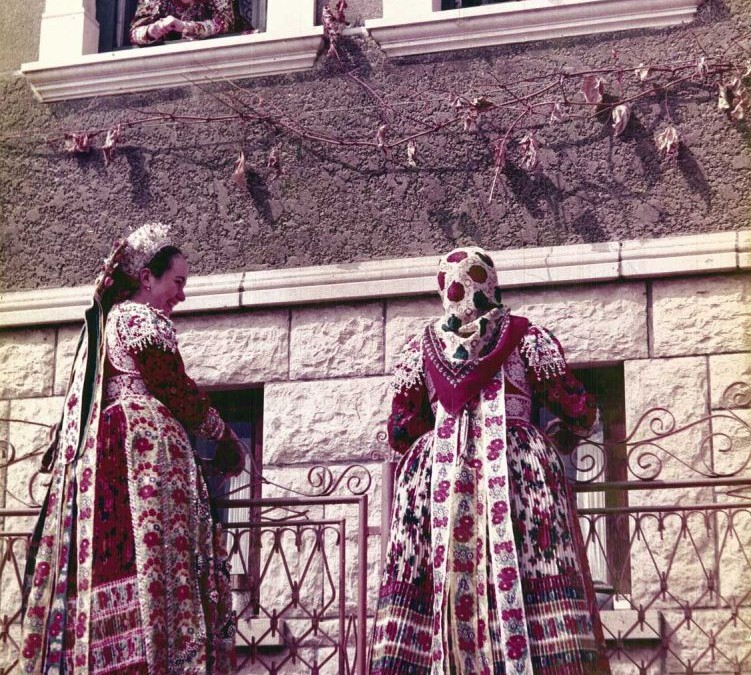 The Artistic Biography of József Marx

József Marx was born on the 23rd of April 1914 in Tîrgu Mureş (Marosvásárhely, Neumarkt am Mieresch). He was six years old when his family moved to Aiud (Nagyenyed, Strassburg am Mieresch). He studied there at Bethlen Gábor school. As a prime gift he received from his father a camera. For a time he worked in his father’s grocery, meanwhile his first photos appeared in Transylvanian magazines of those times. He entered the law department at university where he studied for two years until the start of the war. He got married in 1943. He joined the army and was taken captive of war; he returned home only in 1948.

He settled in his native town Tîrgu Mureş with his wife, and worked as head of commerce in food industry, but his free time, even then, was dedicated to photography. He learned the technics and ethics of photography as an autodidact, which he put into practice in his photolab made in a corner of the kitchen of his house.

Since 1930 his photos were present at exhibitions. The year of 1933 brought the first award at an international exhibition. Except for the years of war and captivity, he took part in 20-30 exhibitions yearly until his death in 1992.

The year of 1985 brought a big change in József Marx’s life. The magazine ”Új Élet”, whose chief editor was Sütő András, invited him to work with him as a photo reporter. Naturally, he could not resist temptation, and from that moment his hobby turned into his profession. It was a profession that he was able to raise to an artistic height never met before. His job offered him the chance to travel all around the country and to catch the most diverse moments: people at work, or rest, views, landscapes, diversity of seasons, monuments in cities and villages, the traditional, and the new.

His outstanding talent was bound together with the sense of responsibility for his community, and with an extraordinary organizing talent.

In 1953 on his initiative and under his leadership the first photoclub of the country was born in Tîrgu Mureş. The photographic movement did not stop here, through his dedication to photographic art photoclubs were founded in many factories, concerns, schools: The Sugar Factory, Mobila, Metalotehnica, Imatex, The Projecting Institute, The Bolyai Farkas school, and The Agricol school. With his professional and moral support photoclubs were founded in all of Transylvania from Oradea to Brasov, and from Lupeni to Sfîntu-Gheorghe.

He was the initiator of the international photo exhibition organized every second year in Tîrgu Mureş.

He was in the leadership of the Photo-Artists’ Association of Romania, and the vice president of the Transylvanian Photo-Artists’ Association till his death. He took part with great enthusiasm in a lot of exhibition openings, or was a member of the jury at several contests. “Jóska bácsi” as everybody called him, became the symbol of the photographic art in the whole country. The Fédération Internationale d’Artists Photographes gave him all its awards: AFIAP, EFIAP, HonEFIAP.

Among the many photos which were rewarded we will mention a few: Harvest In The Mountains, Misunderstanding, Holiday, The Mirror, Black And White, Fishermen, Nude 1, Nude 2, as well as many others. His creed was that the essence of photographic art is best expressed in artistic photo reports, in which the main factor is man, men on both sides of the camera. Human reality has to be given back through the artist’s sensitivity.

In 1980 he began to work with colour photography. He said in an interview: As it is well known I work with the same enthusiasm in landscapes, portraits, and black and white photo reports. Now I feel attracted to colour photos. It is fascinating to see everything in colour. The study of the colour photos convinced me that one cannot work in both territories at the same time. The spontaneous can be caught only in black and white, colour pictures are the language of landscapes and flowers.

This rich artistic activity of more than sixty years and more than 100.000 negatives left behind are waiting to be revised. His works can be grouped in different categories;

Artistic photos which won different rewards at photo exhibitions on national as well as on international level.
Photo reports which appeared in different national reviews and newspapers, as well as in an album ”Mureş County”.
Transylvanian Citadels and monuments from which some appeared in Szépréti Lilla’s book Régi és Új Világ as well as in Vita Zsigmond’s book Jókai Erdélyben.
Photos with ethnographic subjects between 1930-1992.
Photos with theatre subjects. He was the photographer of the National Theatres in Tîrgu Mureş, Satu Mare and of The Drama College in Tîrgu Mureş between 1960-1985.
The above mentioned are just a few territories in which he worked over a time longer than 60 years. The more than 100.000 negatives contain the history of the peoples of Transylvania between 1930 and 1992 in the most diverse fields.