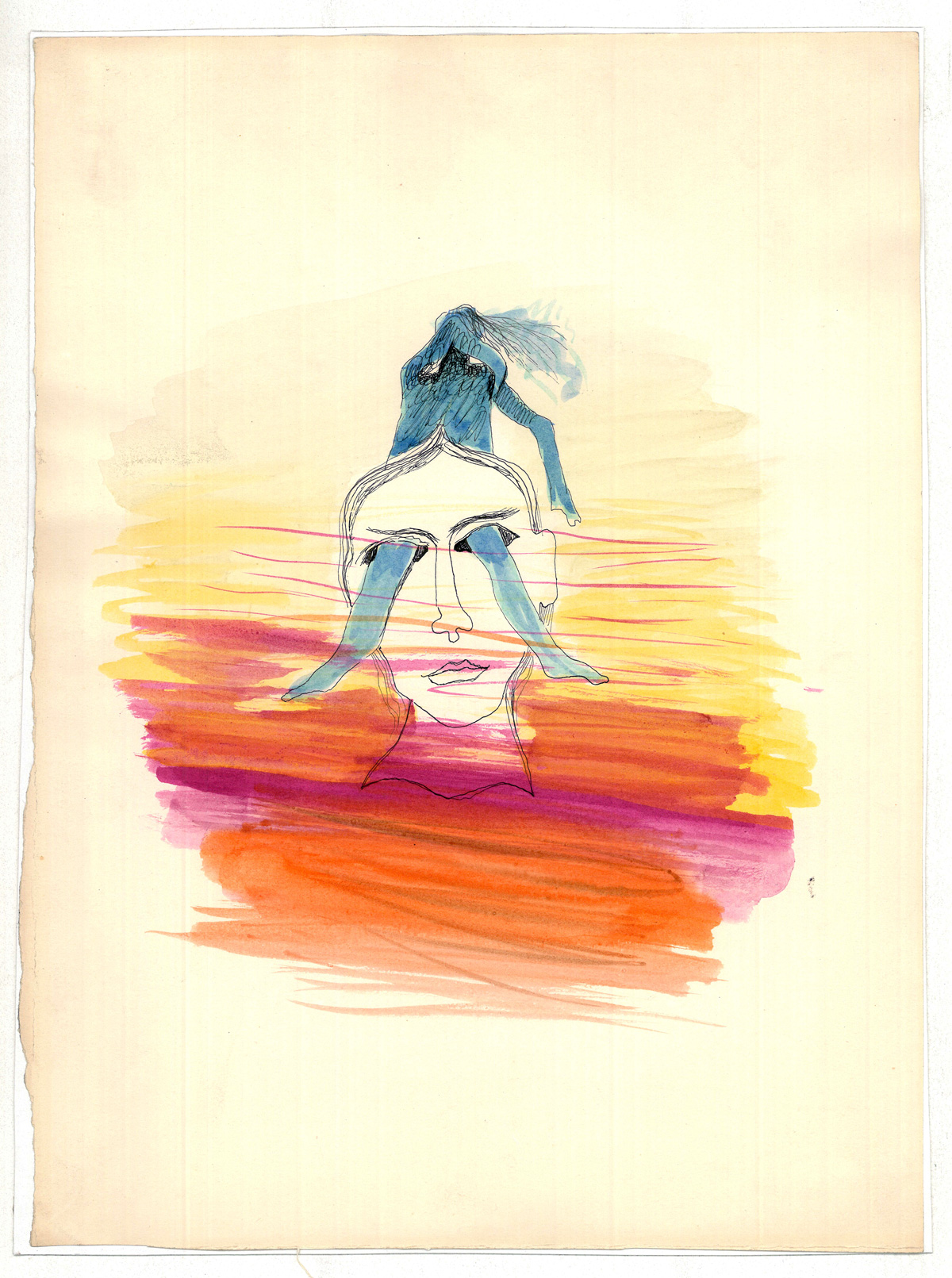 Nasui Collection has made an important discovery of Hedda Sterne early years (life and creation) 1910-1941 of Hedda Sterne, consisting in documents, photographs and the body of artworks made by her until 1941.

Kept locked for more than 75 years in time, this little treasure survived miraculously and it reveals the creation and understandings of Hedda Sterne.

There is also a research study, first edition released in 2015 here

Hedda Sterne (born Hedwig Lindenberg) was an artist best remembered as the only woman in a group of Abstract Expressionists known as “The Irascibles” which consisted of Jackson Pollock, Willem de Kooning, Barnett Newman, Mark Rothko, and others. Sterne was, in fact, the only woman photographed with the group by Nina Leen for Life magazine in 1950.

In her artistic endavors she created a body of work known for exhibiting a stubborn independence from styles and trends, including Surrealism and Abstract Expressionism, with which she is often associated.

Sterne has been almost completely overlooked in art historical narratives of the post-war American art scene. At the time of her death, possibly the last surviving artist of the first-generation of the New York School, Hedda Sterne viewed her widely varied works more as in flux than as definitive statements.

In 1944 she married Saul Steinberg the Romanian-born American cartoonist and illustrator, best known for his work for The New Yorker. During the late 1940s she became a member of The Irascible Eighteen, a group of abstract painters who protested the Metropolitan Museum of Art’s policy towards American painting of the 1940s and who posed for a famous picture in 1950; members of the group besides Sterne included: Willem de Kooning, Adolph Gottlieb, Ad Reinhardt, Richard Pousette-Dart, William Baziotes, Jimmy Ernst, Jackson Pollock, James Brooks, Clyfford Still, Robert Motherwell, Bradley Walker Tomlin, Theodoros Stamos, Barnett Newman, and Mark Rothko. Her works are in the collections of museums including the Museum of Modern Art (MoMA) in New York, the National Gallery of Art in Washington D.C., and the National Museum of Women in the Arts, also in Washington D.C.