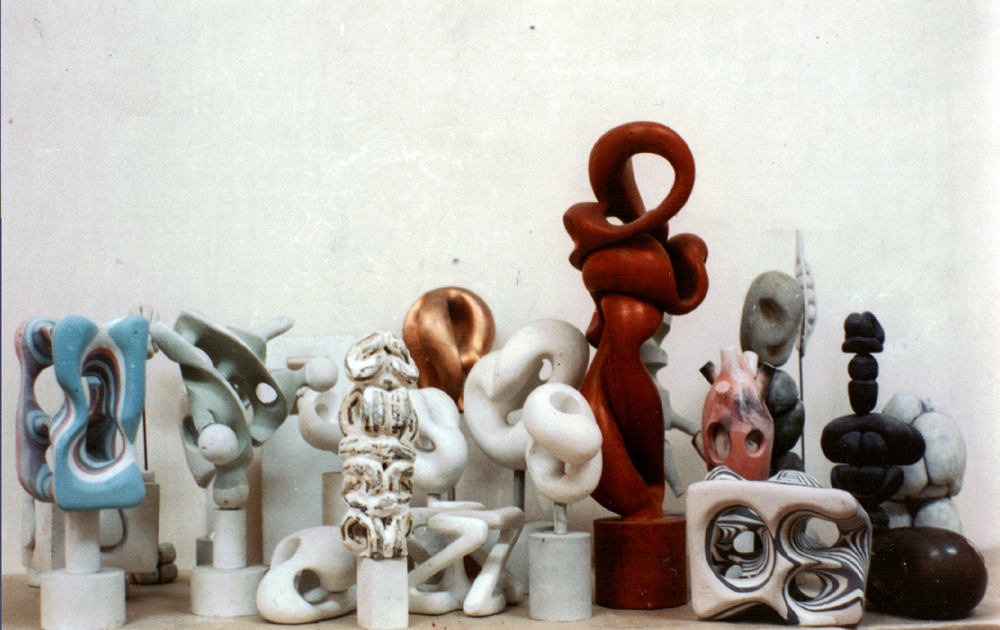 Gabriel Kelemen, Ph.D. is an artist and researcher, lecturer and head of the Art History and Theory department of the Faculty of Arts and Design at West University of Timişoara, Romania. For over 30 years he has studied the phenomenon of how stationary waves arise in liquids as they are stimulated by audible sound frequencies.

Gabriel’s experiments are performed with the rigor and discipline of a physicist, while his artistic sensitivity brings a playfulness and an inventiveness that often yield surprising results— for instance, his startling 3-dimensional Cymatic “sculptures” that mimic complex natural structures, such as flowers, biological organisms, and even the human face. His work has garnered much respect in scientific and artistic circles within his native Romania, and his drawings, photos, videos and sculptures are becoming widely exhibited throughout Europe.

1994 Participation to the euROcon international festival of SF art, Timişoara.

A transdisciplinary comprehensive approach to nonlinear phenomena in fluids induced by acoustic stimulation.

Consonant proto-languages ​​and the hierarchy of biomorphic standing waves

Sound visualization is one of the ancestral human dreams. Capturing the image of the ephemeral sound still concerns scientific environments. Almost everything in the universe is in a state of vibration. Clarification of hierarchies, of the origin and consubstantiality of form with the natural language algorithm, inextricably grafted on phenomenal synergies, places form as a result of standing waves interferences in conjunction with symbolic inferences induced by language. Thus the cosmos is reduced to expressing order through sphere, a real brick of the open immeasurable, infinite construct, that punctually resides in the geometry of spheres with toroidal, discoid or spiral morphodynamic vicinities. This geometric minimalism allows for the infinitesimal thinness of terrestrial biosphere surface of all morphological diversity, subject to permanent rhythmic structuring and destructuring.

The influence of acoustic waves fields on liquids reveals striking morpho-dynamic conformations as a response of the fluid permeated by sound waves that induce and maintain standing waves, invisibly shaping the carefully selected liquid corpus.

The metamorphoses of the liquid matter traversed by vibrant energy reveals as dynamic patterns symmetries generated by interferential overlaps of loops and nodes of standing waves periodically stabilized in the fluid mass. Thus, visualized sound results from the confluence of sound-recipient-fluid interactions. The dynamics of standing waves occurred in the undulatory pulses of liquid circular surfaces establishes unifying bridges equivalent to the laws of musical harmony with polyhedral geometry.