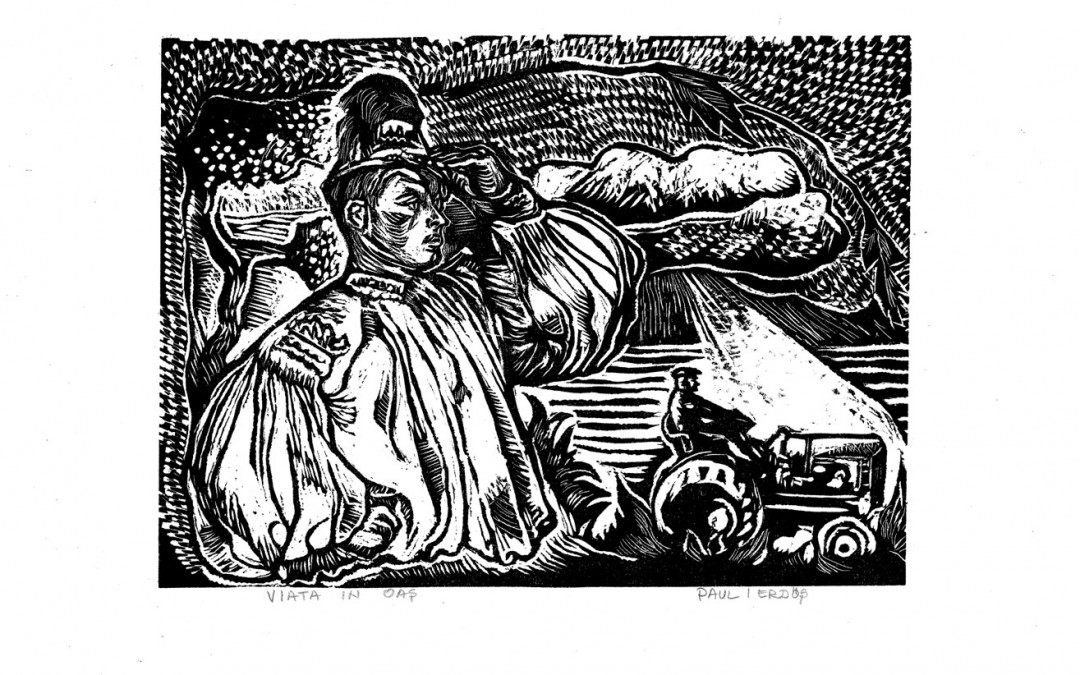 „Another vigorous artist is Paul Erdöș whose drawings, combining a trend towards the decorative with elements of monumental, successfully evoke characteristic types of Transylvanian peasants – men rugged and unyielding as the forces of Nature” – The Fine Arts in the Rumanian People’s Republic, Meridians Publishing House, 1961