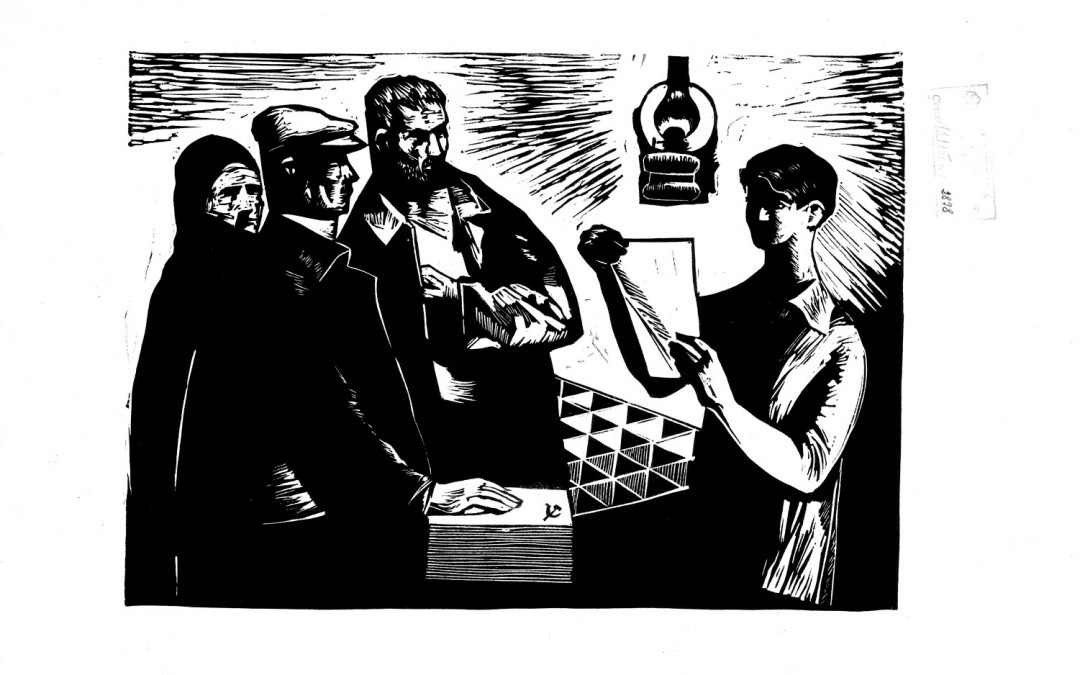 Jules Perahim (1914-2008) collaborates with the Avant-Garde magazines ”Unu” (1930-1932) and ”Alge” (1930-1933) – the latter he founded with Gherasim Luca and Aurel Baranga. His artistic career started with a drawing and painting exhibition in 1932 in Bucharest. Threatened for his anti-capitalism and anti-Nazi drawings published in the mass media (”Cuvântul liber”, ”Reporter”, ”Pinguin”), he fled in USSR. Perahim continued to work as book illustrator and graphic designer for his entire artistic career