Galerie Martin Mertens presents the solo show of a magnificent emerging contemporary artist, Radu Belcin. His works catch attention by new associations of characters, or objects, in a chiaroscuro-painted atmosphere. Starting the quest from the expression of reality study, Belcin explore the identities of the individual and of the present. The frame of such visual exploration is addressed in chiaroscuro. The delight of long shadows elongating in the background, the sparks of light, coming from the scenographically designed spot lights create the atmosphere that leads to a world of dreams or nightmares. Belcin lives and works in Fagaras, Romania.

”Belcin’s attention towards a type of transcendental humanism is manifested through the almost permanent presence of the human figure in his artworks. In fact, his characters are effects of the current repositioning of oil painting on canvas, in the framework of the post-modern European crisis of this classic medium of artistic expression.
Many of the paintings depict scenes of contemplation of endlessness and search into nothingness. Radu Belcin’s neo-surrealism thus breaks away from language and reason and calls for the contemplation of the abysses of the conscious and subconscious. The collective character in all compositions is compiled of portraits of worries, tensed-up in the darkness that surrounds or hides them. Breathing air is heavy and solid like the darkness. The space of common property and the idea of a collectivity are vaguely defined by shadows, in a mist which clears the delineation between horizontal and vertical.” – Cosmin Nasui, curator 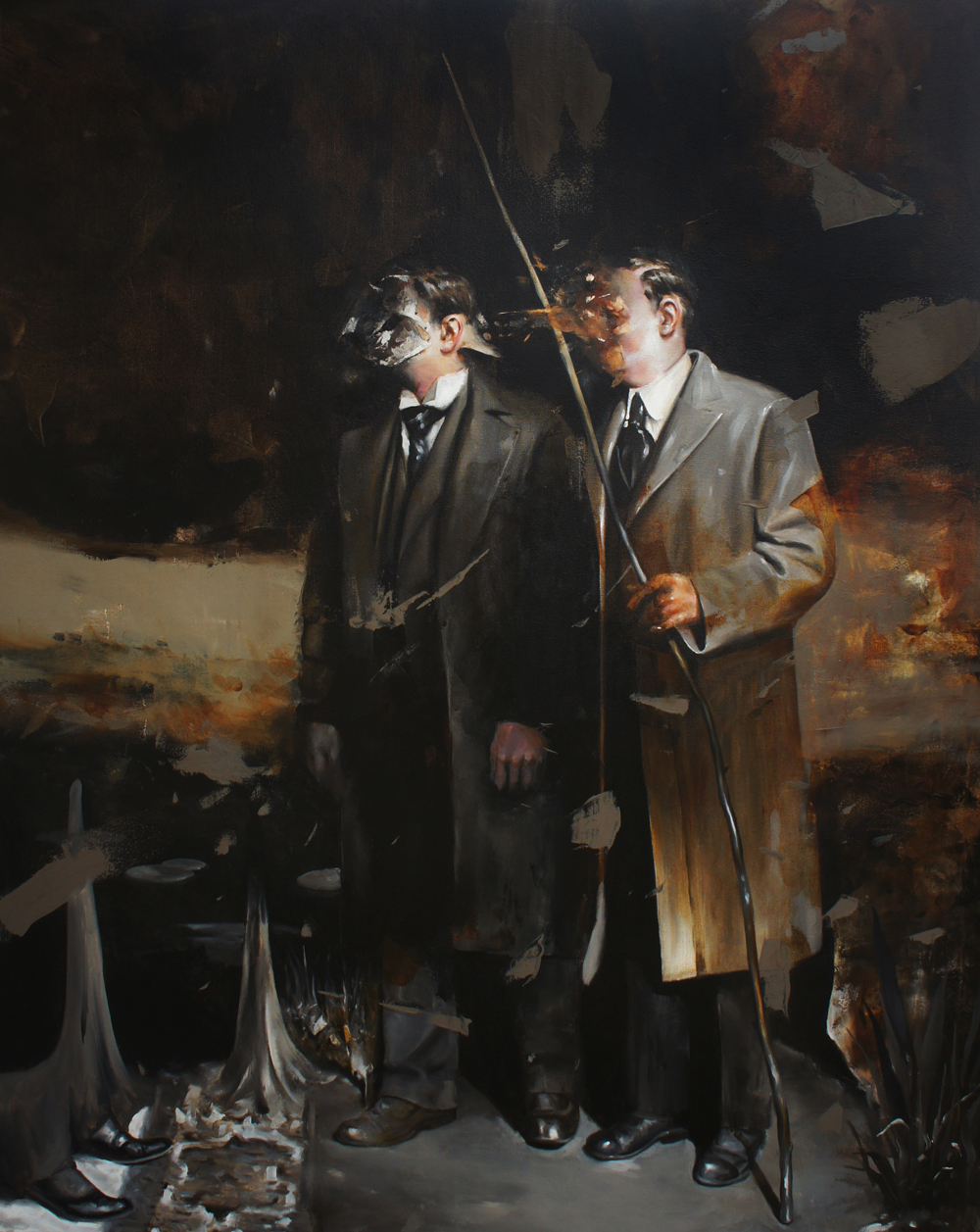