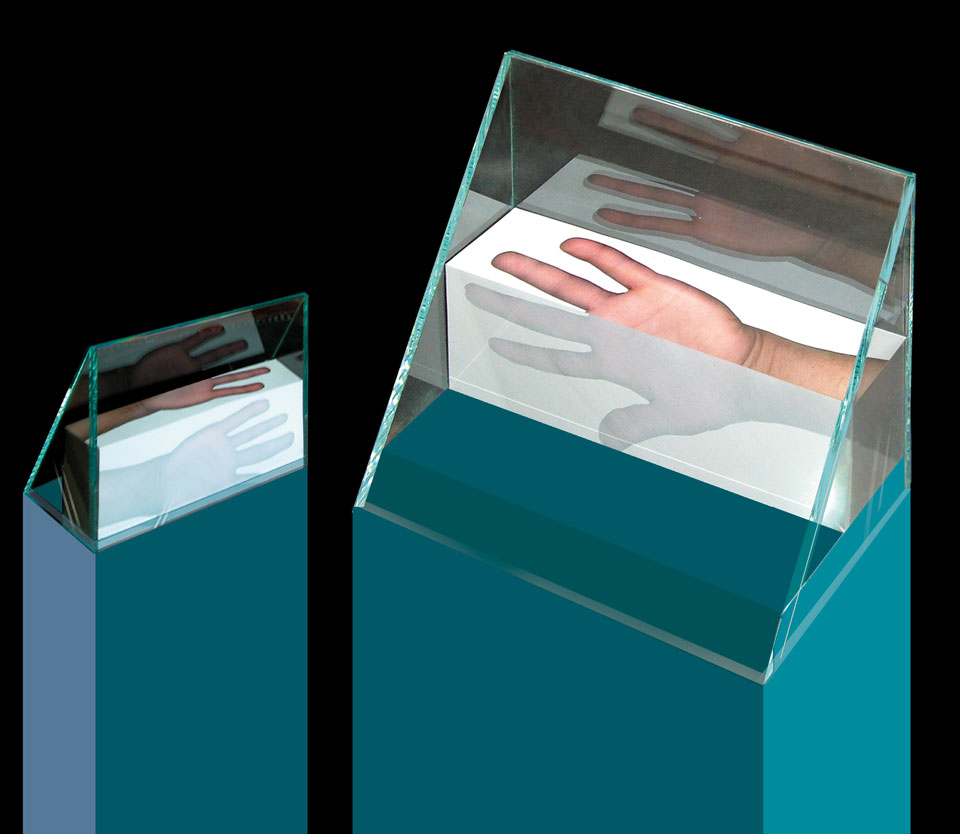 Cristian Todie invited artist in the project “Colouring the Grey” within the Liverpool Biennial Independents 2012, between September 21 and October 21, 2012 in St. George’s Hall, Gladstone and Dickens Galleries.

According to Leonardo da Vinci, art must be based on a theoretical knowledge of nature.  That is also the case for me, but it is essential to remember that theoretical and mathematical values are perishable.

My «theoretical art» concentrates on the aesthetics of theory and on its artistic potential.

Building a personal creative universe is essential to the authenticity of works of art.

In 1977, it became clear to me that having a vision based on the three existing dimensions and the singular dimension of time would prevent me from developing a truly new and original work.

To tie the world of general relativity to the quantum universe, physics theories add new dimensions to the four existing dimensions in order to open new horizons.

In search of new artistic matter, I adopted the opposite method, that of reducing the number of dimensions.

The industrial process Folding Volume 2D proposed in February 2012 as well as the Volume 2D patent obtained 10 years ago exist as theoretical art that, in addition to their originality and novelty essential to their patentability, are based on the idea that a geometric space with memory, with parameters that differ from the metric nature of objects in the printing world, is the ideal universe for experimentation.  The image reproduced on a stack of sheets appears projected trapped in the mass of paper.

One can imagine in reference to this spatial volume that each of the parallel levels memorizes the whole of the volumetric and chromatic values that pass through it and that the intervals between these images from one level to another contain a space-time value that reveals the direction of the movement.

In the hopes of going back to the origins of these forms and volumes, the mathematical memory of this mass provides for experimental manipulations that, through spatial fractures, projects the original object into another space, that of a parallel reality.

This medium, provided by the printing industry, once intelligently folded or sliced, allows for the image and original forms to reappear in refractions, reflections and volumetric anamorphoses.  The works resulting from this process help spectators become accustomed to a new mathematic vision.

– My artistic act is a fracture of that space-time, the opening of a escape hatch from our current reality.

– My work’s medium is mathematical memory.