The Soft Power of the Art Market 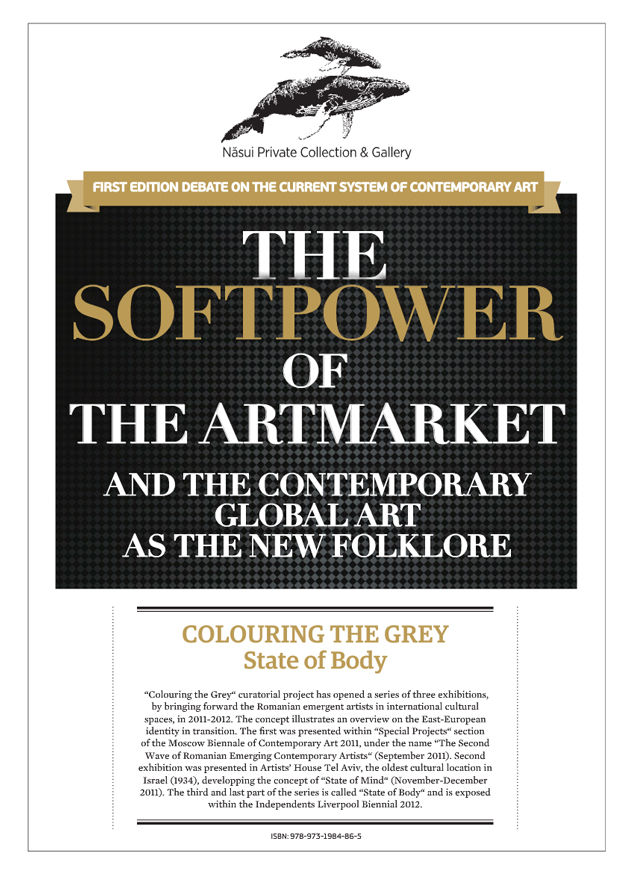 ”The Soft Power of the Art Market” is a new East European fresh look at the systems that are now in charge of producing contemporary art in a globalized world. It reveals the challenges of the contemporary art as a soft power, defined by its geopolitical strategies and defined as an extension of the powerful global markets. The contemporary art between media and power is changing the equilibrium between the cultural capital and economic capital.

The idea of the New Folklore is introduced in terms of the new aesthetics for the XXI century. The new aesthetics of production and consumption (under the sign of the paradigms launched by Duchamp and Warhol) is nowadays generating a very large amount of cultural artistic products lost, in a very accelerated manner. This speed and this amount lead to an unexpectedly anonymity, thus generating not individual specific creation but general, collective types of artistic work – actually a new type of folklore.