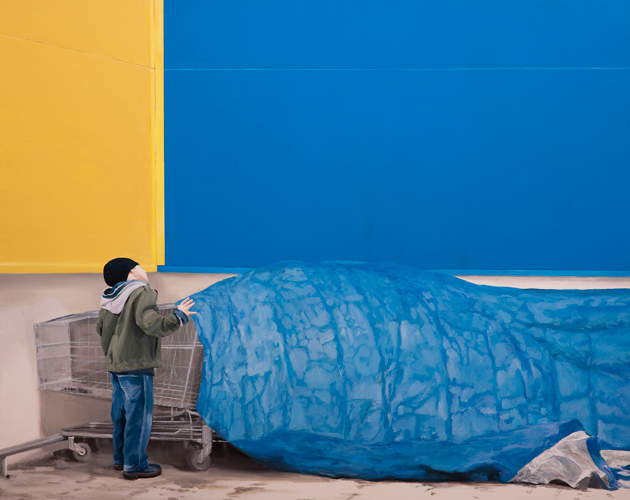 “Art of Zoltan Bela do not enhance reality, on the contrary he carefully powders the moments of intimacy typical for important life crossroads. After ”Transition Icons” and ”Self Reflecting 30”, ”A certain time, a certain place, a certain state” comes as a natural sequel of a personal subjective story that depicts, by the means of strongly outline examples, a whole generation who lived in communism, transition and capitalism.”  – Cosmin Năsui

Zoltan Bela (b. 1977 in Târgu-Mureș, RO) graduated the University of Arts and Design, Cluj-Napoca (RO), Department of Painting (class of 2001).